Life is not promised to anybody. They say that we come to earth with a date predetermined as to when we will leave it. But what we accomplish, how gently we tread while we are here, and what we leave behind is within our control. Death, loss, and grief, affect each of us differently, and the sudden demise of a loved one becomes all the more difficult to come to terms with.

“She was one of the most pure people on earth. She would never lie, and would not even indulge in a glass of wine. And even though she sounds ‘goody-goody’, she was feisty at heart, and had a penchant for piercings, punk tattoos, and metal, and wore a denim with angry bird t-shirts to work everyday,” shared Jayasinghe, reminiscing about her late sister. Jayasinghe also added that Amila, her late sister, would keep to herself most of the time, and was a petite girl who was a little slow when it came to things like crossing the road. Jayasinghe also recalls that Amila was beloved by her friends, but seemed to always carry a lot of pain in her heart.

“We were a wealthy family and growing up we had everything we ever wanted. We both schooled at Colombo International School. Our father, however, 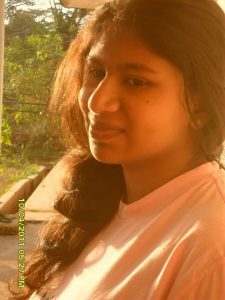 fell into bankruptcy at one point, and that led to a short time of separation between our parents,” Jayasinghe shared. She added that because of their lifestyle, and the fact that they had both been studying in English medium until the Advanced Levels (A/Ls), they found it hard to adjust to the sudden change in their circumstances. Jayasinghe also said that neither she, nor her late sister Amila, had the money to look good or keep up with trends. While Jayasinghe was able to cope with this, Amila on the other hand, started disliking herself for putting on weight and for the circumstances into which they had fallen. Her pain often came out in the form of poems, which form the collection in her book “25th December”.

Jayasinghe shared that they never had the support of their relatives due to property disputes, and that none of their relatives were pleased at the fact that both sisters had managed to secure steady employment in reputed organisations.

Fate plays a strange role in our lives. It takes away as much as it gives, and sometimes without warning. Growing up and striving to be happy amid a hundred challenges, Jayasinghe, her mother, and Amila, shared a strong connection with Christmas, despite being Buddhists. Jayasinghe shared that they would always put up a Christmas tree, share presents, and celebrate the holiday. 25 December was also Amila’s favourite day of the year for that reason.

On 25 December 2012, Amila Mendis Jayasinghe left to work, on her favourite day of the year. She was walking along Rosmead Place, when a lorry swerved her way, the driver seemingly having lost control of the vehicle. “We later found out that the driver of the lorry had actually allowed his 16-year-old unlicensed assistant to drive the lorry, and that he lost control of the vehicle. Unfortunately, my sister was in the wrong place at the wrong time. People told us that when she saw the lorry coming straight at her, she sat on the ground and covered her head,” Jayasinghe shared, her voice catching even now, as she recalled the senseless tragedy. That Christmas, a life was taken ruthlessly by an irresponsible driver who should not have been at the wheel to begin with.

Thus Amila Mendis Jayasinghe lost her life that Christmas, on her favourite day of the year. “It is such a tragic coincidence. Two days before her death, my sister had written a letter to our late grandfather, letting out all her pain and anger, at the troubles the family had caused us, blaming them for having pulled our father into bankruptcy. Two days later, she was gone,” Jayasinghe shared. She also expressed that after the tragic accident, her mother and herself moved to Pussellawa as they were unable to continue living in Colombo any longer.

“We have not celebrated Christmas since then. But I think this year, we will put up a tree. My sister would like that. It is what she would want. We live even today as if she is in the house with us. We don’t think that she is no longer here. She is here,” Jayasinghe shared.

We deal with bereavement in different ways. Some of us try to escape the pain, others try to process it. For Jayasinghe, dealing with the grief of losing her beloved sister came in the form of a bucket list. “My sister wrote a series of poems, ghost stories, and short films. She wanted to publish all of them. ‘25th December’ is the collection of poems that I published on behalf of her. Completing her wishes is my bucket list. It is what I want to do for her,” Jayasinghe said.

Jayasinghe added that her late sister wanted to do a short film, which is next on her bucket list. She also said that her dearly departed sister wanted to establish an animal sanctuary, which she does not think is financially possible for her and her mother now. However, to compensate, they take care of animals and donate whatever they can whenever they can, to good causes in memory of Amila.

One of these causes was donating a neonatal ventilator for the Bibile Base Hospital in 2018. “I funded this from a video that I posted which went viral suddenly and allowed me to collect Rs. 3.2 million. We continue to collect funds for causes like this and donate it for the betterment of people who may not have enough money to save their loved ones,” Jayasinghe said.

“My sister wanted to leave her job, but we asked her not to, because it would help her make something of herself. We regret that decision now. She was killed on her way to work. Her poems represent her entire life; how much she wanted to be beautiful, be normal, have a boyfriend, and not have financial struggles. She is so much more than I ever thought her to be,” Jayasinghe shared.

The book “25th December” is available for purchase from The Jam Fruit Tree Publications and from Thilina Mendis Jayasinghe herself. All proceeds from the book are donated to patients with a very low level of income, nominated by base hospitals around the island.

If you wish to purchase a copy of the book directly, or want to learn more about the causes Jayasinghe is supporting through “25th December”, you can contact her on 071 947 1404.